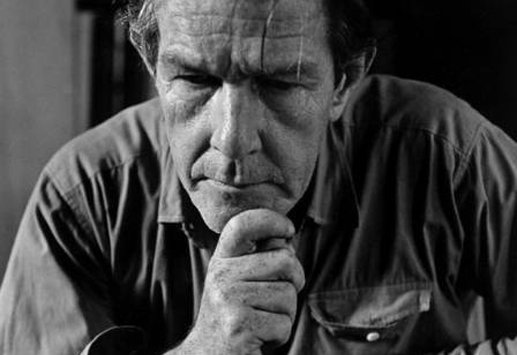 John Cage (1912 –1992) was an American composer, music theorist, writer, philosopher and artist. A pioneer of indeterminacy in music, electroacoustic music, and non-standard use of musical instruments, Cage was one of the leading figures of the post-war avant-garde. His influence on flux, sound art and other genres of music experiments cannot be overstated. Cage was a teacher and a mentor of great influence. He was also instrumental in the development of modern dance, mostly through his association with choreographer Merce Cunningham. Cage is perhaps best known for his 1952 composition 4′33″, the three movements of which are performed without a single note being played. Cage belonged to a big influential movement of artists and musicians and collaborated with many of them. Cage, Feldman, Earle Brown, David Tudor and Cage's pupil Christian Wolff came to be referred to as "the New York school." Critics have lauded Cage as one of the most influential American composers of the 20th century.