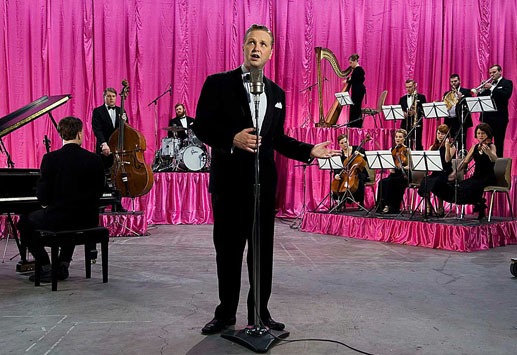 Ragnar Kjartansson is fascinated by the tragicomic spectacle of human experience in which sorrow coexists with happiness, horror with beauty, and drama with humour. Though he is primarily known for performance, Ragnar also pursues more traditional media such as painting, drawing, and video. His work taps into nostalgic imagery from bygone eras of theatre, television, music, and art, allowing him to blur the border between reality and fiction. His work has been the subject of numerous solo and group exhibitions. Ragnar recently received the Malcolm McLaren Award in New York.