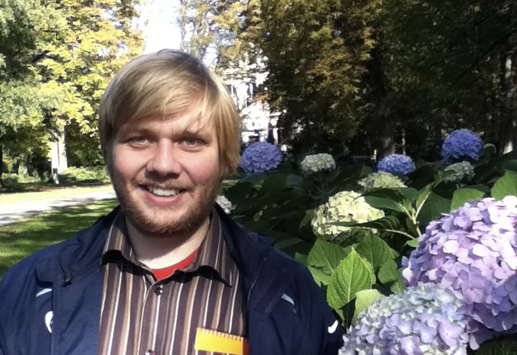 Guðmundur Steinn Gunnarsson is from Reykjavik, Iceland. His music builds clear patterns without a pulse or meter. In order for that to work he has been developing ways of making animated notation, to be read from computer screens. He studied composition at Mills College with Alvin Curran, Fred Frith and John Bischoff and in Iceland with Atli Ingólfsson and numerous other Icelandic composers. He participated in the Darmstädter Ferienkurse in 2008 and Karlheinz Stockhausen’s courses in Kürten in 2004. Guðmundur’s music has been widely performed. In 2011 Guðmundur won the National Radio of Iceland Composition Prize for the 80th anniversary celebration of the institution. In 2011 his album Horpma was released on Carrier Records. Guðmundur is a founding member of the S.L.Á.T.U.R. collective in Iceland and co-curates the festival Sláturtíð. He is also a co-curator of the concert series Jaðarber at the Reykjavík Art Museum.