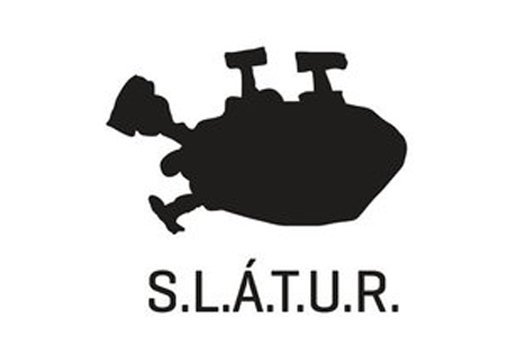 S.L.Á.T.U.R. is an artistically obtrusive composer collective centered in Reykjavík, Iceland. Since 2005 its members have been working on various types of experiments. These include animated notation using computer graphics, interactivity, various experiments with sounds and tunings, performance art and the development of limited and isolated musical universes. The members share ideas and methods freely while the final products are usually independent efforts. Collaboration plays an important role in creating all sorts of gatherings, the collective hosts several concerts a year. For instance an annual festival called Sláturtíð (since 2009), New Years Concert (since 2007), The trial for the Tripe (since 2009), participation in the Raflost Festival (since 2008) and bi-annual activites such as Composition Week and Summer Solstice Concert. The collective has hosted a monthly informal concert series and a weekly social gathering for people interested in various issues in the field of the artistically obtrusive.