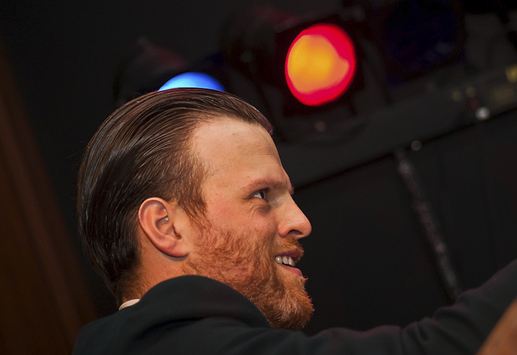 Davíð Þór Jónsson is one of Iceland’s leading jazz musicians. He has collaborated with a whole range of artists, from obscure troubadours to stadium bands. Þór Jónsson has played on almost 100 records covering all fields of music, both in Iceland and abroad. He released his first album, RASK, in 2002 and the record Vottur in 2004 with his trio Flis. He has collaborated with Ragnar Kjartansson on various works, most notably he wrote the music for God (2007), performed in the Schumann Machine (2008), and performed and co-wrote the music for The End (2009). Þór Jónsson also composes a great deal of music for theatre, film, and art installations. His main goals in music are to never stop childlike enthusiasm and to free the world from boring jazz.