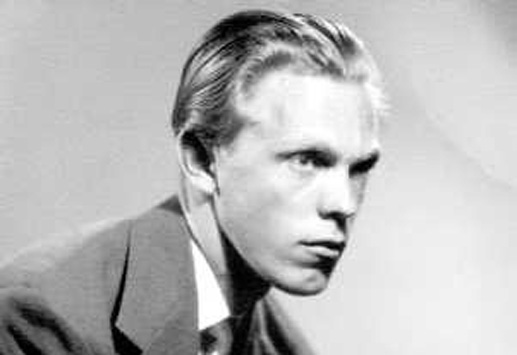 (b Skálar, 8 Sept 1925). Icelandic composer, pianist and conductor. He studied with Franz Mixa and Victor Urbancic at the Reykjavík College of Music (1935–7, 1939–45) and with Bernard Wagenaar and Marion Bauer at the Juilliard School (1947–53). He was active as répétiteur and conductor at the Icelandic National Theatre (1956–69), and was a producer at the Icelandic State Broadcasting Service until 1974; he was also a founder member of Musica Nova in 1959. After a period in the USA (1977–87), he took up residence again in Iceland. In the 1950s and early 60s Jóhannsson was at the forefront of the Icelandic avant garde. His Fjórar abstraksjónir (‘Four Abstractions’, 1951) for piano was the first Icelandic 12-note composition; he was also a pioneer in electronic music, composing his Elektrónísk stúdía for woodwind quintet, piano and tape in 1958. But as far as facilities and technological processing of works were concerned, Iceland lagged way behind. Magnús Blöndal was alone and isolated in downtown Reykjavík, using the primitive equipment of a small radio station. In 1971 he stopped composing for almost a decade; this extended silence was eventually broken with his Adagio (1980) for strings, celesta and percussion, which marks a significant stylistic shift in his music. Like the works which followed, it abandons his earlier experimental style for a more simple, neo-romantic lyricism. Atli Heimir Sveinsson composer has described discussing the work Constellation (Samstirni) with Karlheinz Stockhausen: “When I was staying in Cologne in autumn 1964 I talked to Stockhausen about Magnús. Stockhausen said that judging from what he heard by him, Magnús seemed to be a very interesting composer and composed in a way that could not be expected of most other composers. People shied from at using such simple and obvious techniques and such “worn-out” material as Magnús did, but it was precisely in this that his originality appeared, and he thereby surprised everyone.” ÁHI/BS