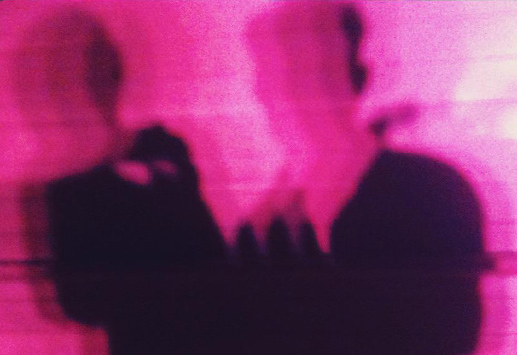 When Einar Örn enlists another artist to work with him, it’s like collaborating with the Cubists, or the Dadaists in musical form. His partner in Ghostigital, is Curver. An Icelandic multi-instrumentalist, Curver’s background is as eclectic as the music he dabbles in: a producer, visual artist, a music teacher. You’re really in for a fantastic treat. For those new to the sonic world of Ghostigital, you should know that there doesn’t seem to be any floor plan to the music, even though there is architecture. Here’s an idea: Accept the music will come to you the way it wants to; you are not in control. Whether Curver is twisting sounds and buttons in before unheard ways and Einar is commenting on what he sees while standing in line at the grocery store, men who are fixated on fish or seeing the Northern Lights through a headache, their songs are still stories of relationships with average living, a lifestyle that merges the mundane with the sublime, the sonic with the everyday boom.